Response to JERA’s announced goal of “Zero Emissions in 2050”: JERA must break away from the predetermined course and speed up action toward decarbonization (2020/10/16)

Response to JERA’s announced goal of “Zero Emissions in 2050”:
JERA must break away from the predetermined course and speed up action toward decarbonization 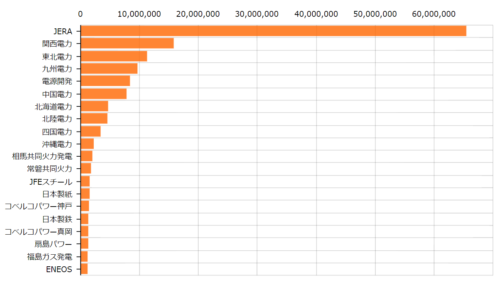 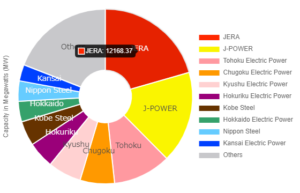 As the climate crisis becomes increasingly urgent, global efforts to decarbonize have accelerated, and in Japan as well there are discussions about shutting down inefficient coal power and revising the national Strategic Energy Plan. In this context, JERA’s actions as Japan’s largest fossil fuel-burning electricity generation company are exceedingly important when it comes to achieving significant reductions in domestic greenhouse gas emissions.

Until now, JERA has not revealed clear policy on climate change, so we welcome the fact that the company has now announced a policy of aiming for net zero emissions in 2050. Net zero in 2050 is an overall global target – but when it comes to thermal electricity generation, net zero must be achieved much sooner, and JERA’s policy is entirely inconsistent with the Paris Agreement. Indeed, this announcement also appears to be timed with the company’s first-ever issue of corporate bonds on October 22, so this can be perceived as creating some positive publicity to attract ESG investments.

The specific basis for this is outlined in the following five points:

Japan’s current national Strategic Energy Plan (adopted in 2018) already mentions a “fadeout of inefficient coal thermal power,” and JERA’s own environmental policy, announced in April 2019, already states that this fadeout will be considered as an environmental target. Kiko Network believes that the only plants affected by the Roadmap’s reference to inefficient coal-fired power generation (those utilizing anything below supercritical technology) will be the Hekinan Thermal Power Station (Units 1 and 2). We call upon JERA to announce a concrete plan to retire them as soon as possible, but plans only affecting coal-fired power generation below supercritical technology are far too limited and show no ambition beyond what the government is already considering. JERA needs to significantly accelerate the pace of retiring the other existing power plants.

2. To be consistent with the Paris Agreement, all coal-fired power plants must be retired by 2030, and no new plants should start operation after 2020

Limiting the global temperature increase to 1.5ºC above preindustrial levels under the Paris Agreement is the response necessary for the climate crisis. To achieve this goal, the world must globally achieve not only net zero CO2 by 2050, but also a 45% reduction in 2030 compared to 2010. This means that reductions in emissions must not only be significant, but also must be achieved soon. It also means that there is no room to start operating new coal-fired power plants after 2020, and all coal-fired power generation in Japan must end by 2030. Despite this, JERA has made no mention of changing its current plans to start the Taketoyo Thermal Power Station (Unit 5) in 2021, the Yokosuka Thermal Power Station (Unit 1) in 2023, and an additional unit at the same site (Unit 2) in 2024. If the company is aiming to achieve zero emissions, the construction and planned operation of these new coal-fired power plants must be stopped.

3. No signs of any concrete strategy for zero emissions from thermal power generation

JERA’s Roadmap mentions mixed combustion (co-firing) of fossil fuels with ammonia or hydrogen, but no matter how much efficiency increases, CO2 emissions cannot be reduced to zero through these methods. Meanwhile, JERA’s announcement makes no mention of the recognition of the difficulties associated with carbon capture and storage (CCS). Practical applications of ammonia or hydrogen co-firing with fossil fuels are still years away, and even so, these technologies are not sufficient in addressing the need to reach zero emissions from coal-fired power plants. Under the EU taxonomy, LNG power plants, which emit less than half the CO2 of coal-fired power plants, are not classified as green without CCS. CCS is considered difficult to be commercialized in time for 2050 net zero, and if indeed it is not utilizing CCS, JERA needs to show concretely how it intends to achieve zero emissions from thermal power generation, including the many LNG power plants operated by JERA, and the newly-announced construction plans for LNG at the Chita Thermal Power Station (Units 7 and 8).

4. Carbon intensity targets may not require any additional effort

In its announcement, JERA states that it will “Reduce carbon emission intensity of thermal power plants by 20% based on the long-term energy supply-demand outlook for FY 2030 as set by the government.” However, JERA already has a higher ratio of LNG than coal in its power generation energy mix, so it tends to have a lower emission factor compared to other major utilities in Japan. Some of the latest carbon intensity are 462 g-CO2/kWh for TEPCO Energy Partner Inc. and 472 g-CO2/kWh for Chubu Electric Power, while the average (including nuclear power) for nine major utilities from Hokkaido in the north to Okinawa in the south is 541 g-CO2/kWh. Therefore, if JERA is referring only to thermal power generation, we believe that it may have already achieved its stated 20% target. In addition, since JERA is increasing its LNG power generation more than coal, its average carbon emission intensity is expected to drop further. At any rate, reducing the carbon emission intensity below the average for thermal power is still incompatible with zero emissions, so these numbers are meaningless in terms of the Paris Agreement.

JERA’s announcement states that one approach it will take to get to zero emissions is “Complementarity between Renewable Energy and Zero CO2 Emission Thermal Power Generation.” However, as long as JERA continues with thermal power generation as described above, it will be impossible to achieve net zero emissions. Additionally, although the Roadmap touches lightly on renewable energy by stating JERA’s intention to “Promote development centered on offshore wind power projects” and “Support adoption using storage batteries,” provides no indication of any specific targets or measures to introduce renewable energy. Kiko Network believes that efforts to achieve 100% renewable energy to address the problem of climate change will lead to the realization of net zero CO2 emissions. If JERA truly intends to be a “global company solving energy issues not only in Japan but also throughout the world” as stated in its press release, it needs to show the world in more detail how it will phase out thermal power and shift to renewable energy.

Based on all of the above points, Kiko Network calls upon JERA to further step up and accelerate its efforts if it aims to be a driving force for decarbonization.

Response to JERA’s announced goal of “Zero Emissions in 2050”: JERA must break away from the predetermined course and speed up action toward decarbonization