[Press Release] Welcoming an end to the consideration of the coal-fired power project in Akita: A complete cancellation is necessary, not a fuel switch to biomass (2021/4/27)

Welcoming an end to the consideration of the coal-fired power project in Akita
A complete cancellation is necessary, not a fuel switch to biomass

On April 27, 2021, Kanden Energy Solution Co., Inc. and Marubeni Clean Power Corporation announced that they would end consideration of the Akita Port Thermal Power Station (tentative name) construction plan, which was being jointly considered by the two companies.
This plan was to construct a coal-fired power plant (650 MW x 2 units, 1,300 MW in total) at Akita Port. Environmental assessment had been progressing from 2015 and had completed, but construction was suspended in August 2019. Until today, the project had been on hold without any official announcement. In today’s press release,* Kanden Energy Solution stated that the reason for cancellation was that “it was difficult to foresee the business feasibility of this project.” The project was expected to emit 8.66 million tons of CO2 annually.
On April 16, 2021, Electric Power Development Co., Ltd. (J-POWER) and Ube Industries announced the cancellation of construction plans for coal-fired Nishiokinoyama Power Station (tentative name), which had been under consideration since 2015. We welcome the fact that the cancellations of the plans for Akita Port (2 units) and Nishiokinoyama (1 unit) power stations, have prevented the possibility of an additional 12.26 million tons of CO2 emissions per year, equivalent to 1.1% of Japan’s greenhouse gas (GHG) emissions, and there will be no more new coal-fired power plants planned to begin construction in Japan.
However, although plans to build a coal-fired power plant at Akita Port has been canceled, concern remains amid reports of the possibility of continuing the project, including a change in fuel source to biomass power generation. Biomass power generation depends mostly on imports, and has serious problems in terms of sustainability and reducing CO2 emissions. In light of the fact that at the U.S.-sponsored Leaders Summit on Climate, which concluded on the 24th, Prime Minister Suga declared a new target to reduce GHG emissions by 46-50% compared to FY2013 by 2030, we hope that Kanden Energy Solution Co., Inc. and Marubeni Clean Power Corporation will stop considering biomass power generation and instead consider promptly switching to sustainable, zero-carbon renewable energy.
As the trend towards decarbonization accelerates in Japan, Kiko Network continues to request that the Japanese Government reevaluate all planned coal-fired power units under construction and advance the prompt phase-out of all existing coal-fired power units by 2030. 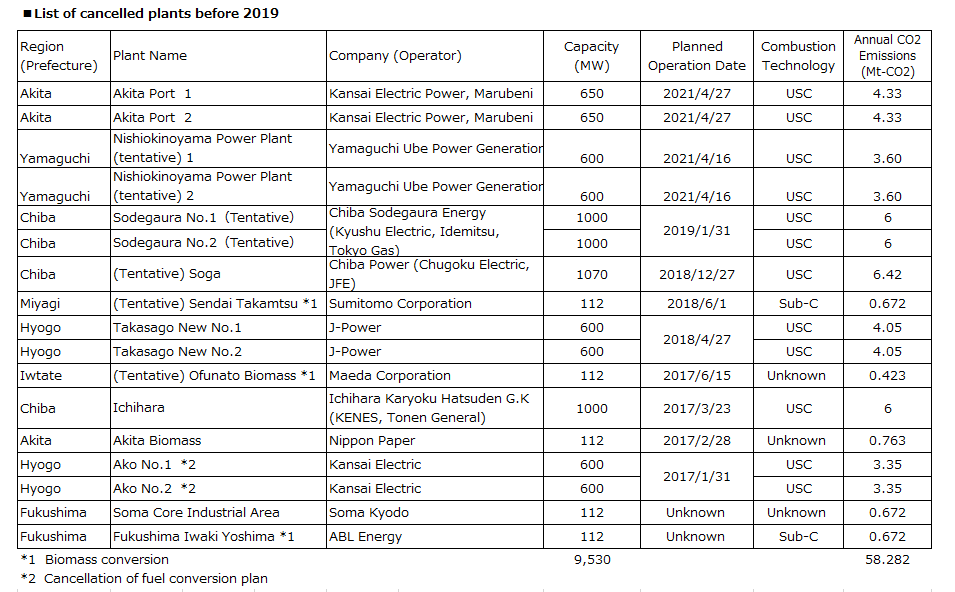 [Press Release] Welcoming an end to the consideration of the coal-fired power project in Akita
A complete cancellation is necessary, not a fuel switch to biomass (PDF)